Are there risks to travel in Tanzania?

Tanzania has three safari circuits, and each one of them, in its own right, would make Tanzania a top wildlife destination. The popular Northern circuit with the Serengeti and Ngorongoro Crater offers one of the best classical safaris in Africa, especially if timed with the annual wildebeest migration.

Tanzania offers excellent wildlife viewing. There are three different safari circuits, and each one of them alone would make Tanzania a great wildlife destination. The Big Five and most other sought-after safari animals are easily seen. The black rhino is very rare throughout, with the exception of the Ngorongoro Crater.

The wildebeest migration is one of Africa's greatest wildlife spectacles. At least two million ungulates – mainly wildebeest, but also zebra and gazelle – move around the Mara-Serengeti ecosystem. The wildebeest calving season is also a very special time to visit. The large concentrations of wildebeest and their calves attract many opportunistic predators, and this is a good time to see some action.

The best time to visit Tanzania is during the Dry season, from late June to October, when wildlife viewing is generally at its best. The wildebeest migration in the Serengeti is usually during June and July and the time to see the wildebeest calving is late January to February. The southern and western circuit parks are best visited during the Dry season (June to October), unlike the more popular northern circuit parks that can be visited year-round.

Tanzania has a pleasant, tropical climate but has large regional climatic variations influenced by several factors, including altitude. The hottest and most humid part of the country is the coast. Other low-lying areas, such as the western and southern parks, are also hot but less humid. The rest of the interior is much milder and cools down significantly at night. Tanzania has a distinct Dry and Wet season.

Moving on from Arusha or Dar es Salaam, you can fly or drive between reserves. Some domestic flights out of Arusha will leave from Kilimanjaro International Airport, but most flights to reserves leave from the much smaller Arusha Airport (ARK) located 8km/5mi west of town. However you choose to travel, in most cases, your local tour operator will pick you up from the airport and arrange all further transportation as part of your safari package.

Passport, Visa and Other Entry Requirements

Entry requirements can change, so please contact your local Tanzania embassy to verify the information below is current.

A passport is required for all foreign visitors and has to be valid for at least six months.

Passports must have a clean and a full visa page for endorsement.

When arriving from a yellow-fever-infected country in Africa or the Americas a yellow fever vaccination certificate is required.

Citizens of most countries require a visa. A list of countries that don't need a visa is available.

Visas are best obtained in advance through an official online visa-application portal, but they can also be obtained through your local Tanzania Embassy or High Commission.

Visas can also be obtained on arrival but this is a lengthy process that can take one to two hours.

Tanzania is, in our opinion, safe to visit. This is even more so if you book an organized safari. Theft and pickpocketing is relatively common in big cities but incidents are easily avoided when using a few simple safety precautions. Almost a million tourists visit Tanzania every year, and most visits are trouble-free.

Below are tips on staying safe in Tanzania.

Your safari guide will ensure your safety at all times – always listen carefully to the instructions and follow the park rules. When on a self-drive safari, never leave your car outside of designated areas and never approach animals too close. For additional tips: 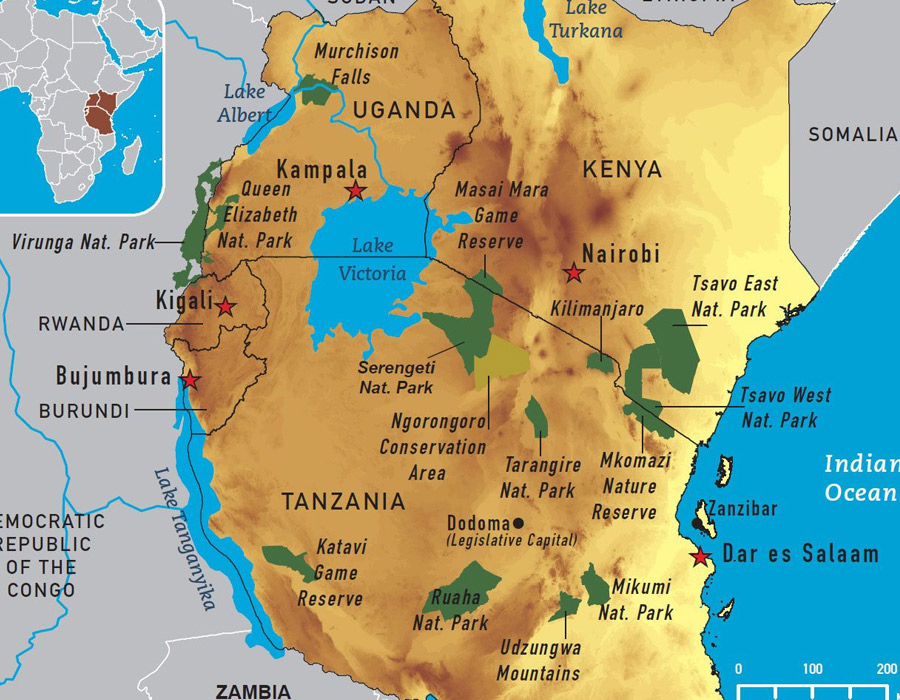 Currency : Zimbabwe uses its own unit of currency, the Zimbabwe Dollar. No other currency is accepted. Do not plan on being able to use cash machines in Zimbabwe to draw money. Before leaving home please exchange all the money that you will need for your trip. Most of this should be in 1, 5, 10 and 20 denominations because change is not always available. In an emergency you can try Barclays Bank, Stanbic Bank or Standard Chartered Bank as they will infrequently accept foreign debit cards for withdrawing cash.

Banking : Banks in Zimbabwe are open for business Monday, Tuesday, Thursday and Friday from 08h00 to 15h00, on Wednesdays from 08h00 to 13h00 and Saturdays from 08h00 to 11h30. They are closed on Sundays and Public Holidays. Only VISA and MasterCard are accepted in Zimbabwe; however it should be noted that very limited facilities will have credit card machines, and the connection is not always reliable so it is advisable to carry cash as back up.

TRAVEL, TRANSPORT AND GETTING AROUND

Taxis are safe and reliable, and can be booked through your hotel front desk. Taxis in cities travel within a 40km radius of the city. Always take a taxi at night. Major airlines fly into Victoria Falls, Harare and Bulawayo. Charter flights are available to most attractions and camps.

Zimbabwe has a good road infrastructure, by African standards, although potholed. Between major towns, there are frequent road blocks. Traffic drives on the left side of the road.

If you are driving yourself around Zimbabwe, be sure to check on fuel availability in advance. If you are covering long distances within the country, ensure you carry extra fuel in 5 or 10lt metal containers in case of emergency. Fuel is generally available, but supply can fluctuate. Fuel is only available for cash.

Zimbabwe's native cuisine is based on sadza, a cooked porridge made from ground maize which is normally be accompanied by some tasty relish, perhaps made of meat and tomatoes, or dried fish. Safari camps will often prepare sadza if requested, and it is almost always available in small restaurants in the towns.

Camps, hotels and lodges that cater to overseas typically serve a variety international fare, and the quality of food prepared in the most remote bush camps is usually excellent. If you are driving yourself around and plan to cook, then get most of your supplies in main towns. There are a number of South African shopping chains operating in Zimbabwe which will generally have all that you will need.

Water in the main towns is usually purified.. The locals drink it, and are used to the relatively innocuous bugs that it may harbour. If you are in the country for a long time, then it may be worth acclimatising yourself to it. However, if you are in Zimbabwe for just a short period of time, then try to drink only bottled, boiled, or treated water available in towns and from all camps, lodges and hotels. 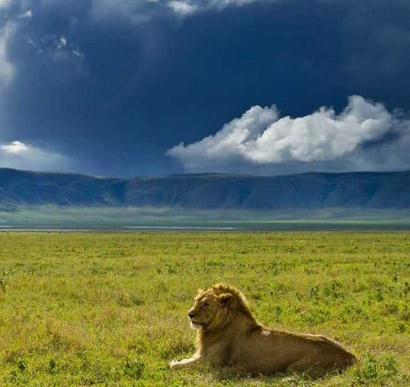 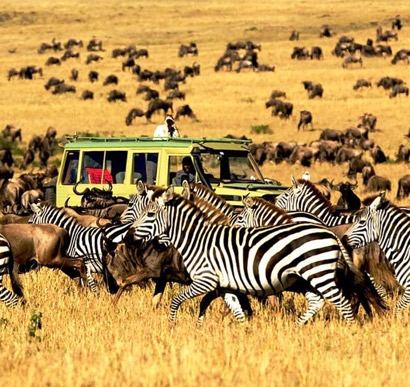 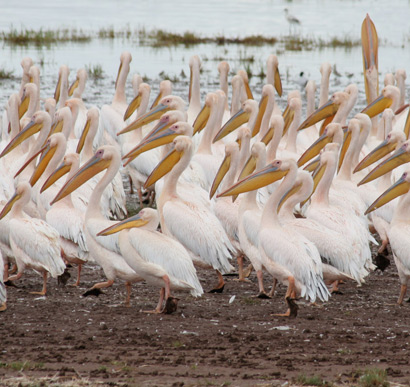 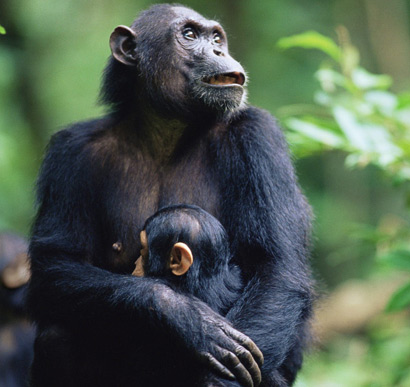 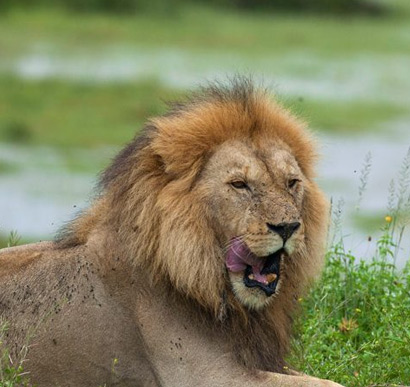 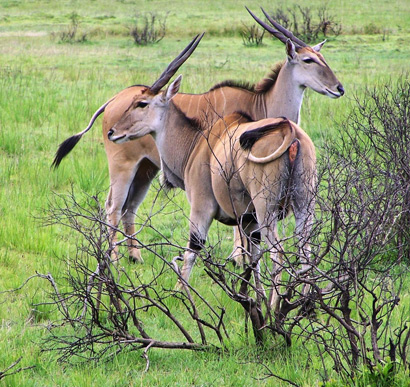